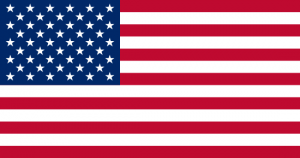 The American Revolution started on the other side of the Atlantic, when the demand of the colonies for liberty grew and relations with the English Crown deteriorated.

By 1770 the population had increased and was getting impatient of economic subordination to Britain and unwilling to accept the rule, imposed by the Navigation Acts of the 17th century, that all American trade should be carried in British ships.

Moreover, as the American colonies were forced to buy all manufactured goods from the home country, they had an adverse trade balance and commerce was limited by their acute shortage of sterling. To make matters worse several duties were imposed on legal dealings in America; colony after colony tried to evade them on the grounds that it was wrong to pay taxes to Britain when they had no right to elect their members at Westminster.

In 1770 all the unpopular duties were repealed except the duty on tea; three years later some colonists decided to threw a shipload of tea into the harbour of Boston rather than pay tax on it. This event was known as the Boston Tea Party. The British Government answered by closing the port; but the colonists decided to prevent British goods from entering America until the port was opened again. This was rebellion, and the Government decided to defeat it by force. The American War of Independence (1775-1783) had begun.

The Declaration of Independence

A Continental Congress of delegates from all the colonies except Georgia met, and, in 1775, raised an Army whose commander-in-chief was George Washington (1732-1799). On 4th July 1776 in Philadelphia the Congress signed the “Declaration of Independence”, written by Thomas Jefferson (1743-1826), a lawyer from Virginia. It was more than a statement that the colonies were a new nation, since it claimed that all men had a natural right to “life, liberty, and the pursuit of happiness”. It also stated that governments can only claim the right to rule if they have “the consent of the governed”.

The British Army was finally defeated, and with the Treaty of Versailles in 1783 Britain recognised the independence of its former colonies. America became a symbol of a “new start”, where people from all European countries could melt in a new people. The new republic of the United States of America adopted a federal constitution in 1787 and George Washington became the first President. The colonists who remained loyal to Britain crossed into Canada.